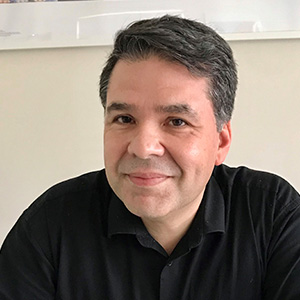 Dr David Pena completed his medical degree in South America. Curiosity led him to spend the early stages of his medical career working with indigenous communities in the Amazon, before moving to Australia in 2002.

David started down the study pathway for Ear-Nose-Throat (ENT) specialization and completed his masters of Audiology at Flinders University. He later changed his mind, beginning a fellowship in obstetrics and gynecology instead. He completed five years of his training, during which he worked at various hospitals in NSW and SA.

After coming close to the end of his final obstetrics rotation David came to an important realization. Although he was happy with the direction his career had taken, he was finding it increasingly difficult to spend time with family. In light of this, obtaining GP fellowship was a logical decision. He is now a fully qualified GP with a diverse academic background and experience.

Still very interested in obstetrics, David works once a month in the labour ward in the Mt Gambier hospital. As a GP, his interests lie in all areas of women’s health including obstetrics, menopause, contraception (including IUD insertion). He is also interested in dermatology and of course ENT issues.

When not working, David is most happy spending time with his wife and daughters. He says he plays a bit of guitar and tries very hard to learn the trumpet his wife bought him. “She regrets that purchase”, he jokes!